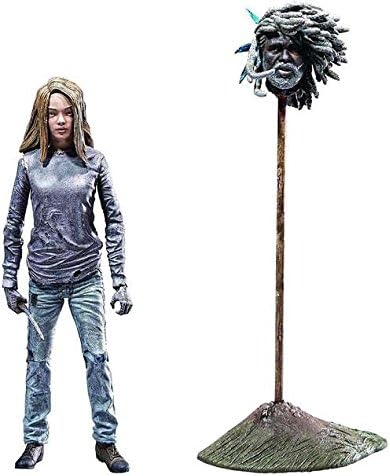 Daughter of Alpha, the mysterious leader of the Whisperers, Lydia was cloaked in zombie skin sent out with her companions to dispatch Jesus' group under the cover of average Walkers. However at the death of her companion Joshua she was quickly found out to not be your average undead corpse when she shouted his name. Jesus defending himself from her, wounds her. Shocked by the whole thing Lydia begs for her life and is taken to Hilltop. There she divulges about her group who hide amongst the Walkers, living more like animals than actual humans. Developing a strong emotional and physical relationship with Carl Grimes she turns away from her mother and her group wanting to live a human life and not that of a Whisperer. Unfortunately this puts her right in the crosshairs of those she turned against, and those whom her mother has hurt.